In this post, it’ll be tried to explain what is Yocto Project by building a real world example - a barcode reader. So let’s start!

Following excerpt is taken from the Wikipedia article 1 on the Yocto Project.

The Yocto Project is a Linux Foundation collaborative open source project whose goal is to produce tools and processes that enable the creation of Linux distributions for embedded and IoT software that are independent of the underlying architecture of the embedded hardware. The project was announced by the Linux Foundation in 2010 and launched in March, 2011, in collaboration with 22 organizations, including OpenEmbedded.2

The build system is based on BitBake “recipes”, which specify how a particular package is built but also include lists of dependencies and source code locations, as well as for instructions on how to install and remove a compiled package. OpenEmbedded tools use these recipes to fetch and patch source code, compile and link binaries, produce binary packages (ipk, deb, rpm), and create bootable images.

As can be seen from the above quotes about Yocto Project and OpenEmbedded, they are different from each other. However, they are often used interchangeably. In short;

OpenEmbedded is a build system for Yocto

OpenEmbedded utilizes the tool BitBake for everthing as can be seen from above excerpt. In the next section, it’ll be tried to explain how to get OpenEmbedded build system BitBake.

How to Prepare the Host System

Due to target system is Linux OS, the BitBake requires a Linux OS as host especially Debian/Ubuntu. A Linux VM On Windows or MacOS, or WSL on Windows can be used as build machine but not recommended due to performance issues and high demand for disk space. In any case, a Linux machine is required even virtual or native one. From now on, we have two options to install the build system on the host Linux machine.

The later option is used within this tutorial because while the first method mess the host system, the second method provides an isolated system. On Linux, both methods work with same performance because the Docker does not add an additional layer to work. However on Window adn MacOS, the Docker needs an additional Linux VM therefore the performance will be decreased.

From now on, we assume that we have a Debian/Ubuntu Linux Machine (Native or Virtual) and we have an access to machine over SSH console. If you don’t feel comfortable with the console, you can use teh VS Code Remote SSH plugin 4.

For the first method you can follow the document Yocto Project Quick Build 5.

For the second method, the Docker engine needs to be installed first. For this, you can follow the document Install Docker Engine on Debian 6. Also we need the git versioning tools. It can be installed as follow

How to Get the OpenEmbedded Build System

Now we have all required base tools on host, and we can get the BitBake from the Poky project as follow

After the last command was issued, if the container images could not be found on local it will be downlaoded automatically from the Docker Hub and run the container, then you drop into container command line prompt. Now we have a whole build system but no source to build. We will get the sources in next section.

How to Get the BitBake Layers

In BitBake concept, every group of source provides same functionality is called as Layer or Meta-Layer. Indeed, they are not a regular source code to build. They are some script in BitBake language that defines how to get sources, patch them, build them, their dependencies, and integrate into final target image. We need following Layers for our project.

The sources can be downloaded from relevant locations as follow

Now we have all the source to build the target image.

Our target images will be used for developing, it will have lots of tools which will not have an productions image, therefore it will be larger then a production image. However we will follow a different appraching to develop an application. We will use the Docker for the applications and all the required packages which are not included in base image will be included within the Docker containers.

Now we can start to configure and build the image

Then you should have a following directory tree under the directory yocto.

Now we need to edit the files bblayers.conf and local.conf. They are created with the contents, and needs to be applied following patches.

Now just type following command and then you need to wait some quite considerable time to get the target image.

You will find the image as build/tmp/deploy/images/raspberrypi3-64/core-image-base-raspberrypi3-64.wic.bz2. The image can be flashed as follow in a Unix system.

Finally you have an SD Card has RPI3-64 bit OS image. Just plug into your RPI3, then power up. If you already know your RPI IP address you can login as root without password over SSH console, or with the user ierturk wit the defult password 1200. At first login the system request to change password for the user ierturk. This user also is a sudo user.

For retain the image size to be smaller and fits to any SD Card, the root file system was retained as small as possible. Now it needs to be expanded as follow.

Finally everything is OK. Now type following command to test your Docker installation

Now we have a base system without any Desktop to develop an application using Docker.

We’ll use two Docker container for the application as follow

And following YML file is for Github Action. With these files, you’ll get Dockar container images on DockerHub with three architecture (linux/amd64, linux/arm64, linux/arm/v7).

All the sources can be found on the relevant GitHub repo 11. All required containers will be also built then pushed by this repo using GitHub actions. Now the containers is ready for using on DockerHub 12. Now it can be typed following line to run the container, and can be connected to Desktop SwayWM by a VNC Viewer 13.

Then you’ll see your Desktop for the first time. This is not a regular Desktop but a lightweight one. 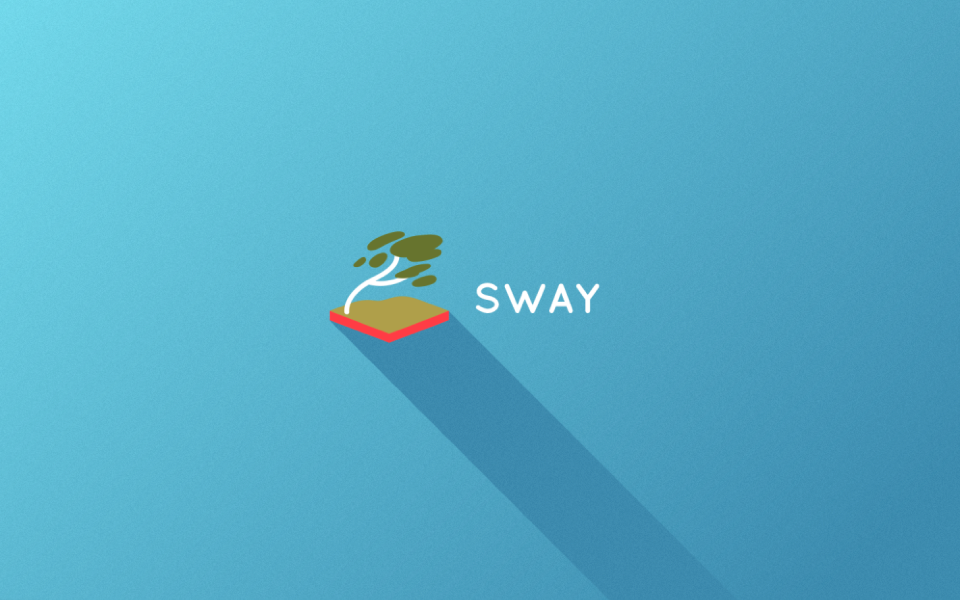 There are two services definition here. One of them for Display manager and the other one is for the application. Now it can be just typed as follow for everything ups an running.

Now they are all up and running and connected to each other and the base system resources. From now on, we can login to app container as follow

And we can run any arbitrary application here, we’ll try a Barcode Reader - ZXing-C++ 15. For sample UI we’ll use OpenCV 16 and Qt5 - QuickControl 2 17 (QML Types) and a USB Camera. The Barcode Reader Library sources can be downloaded and build by CMake 18 as follow

You may get some screen looks like following images 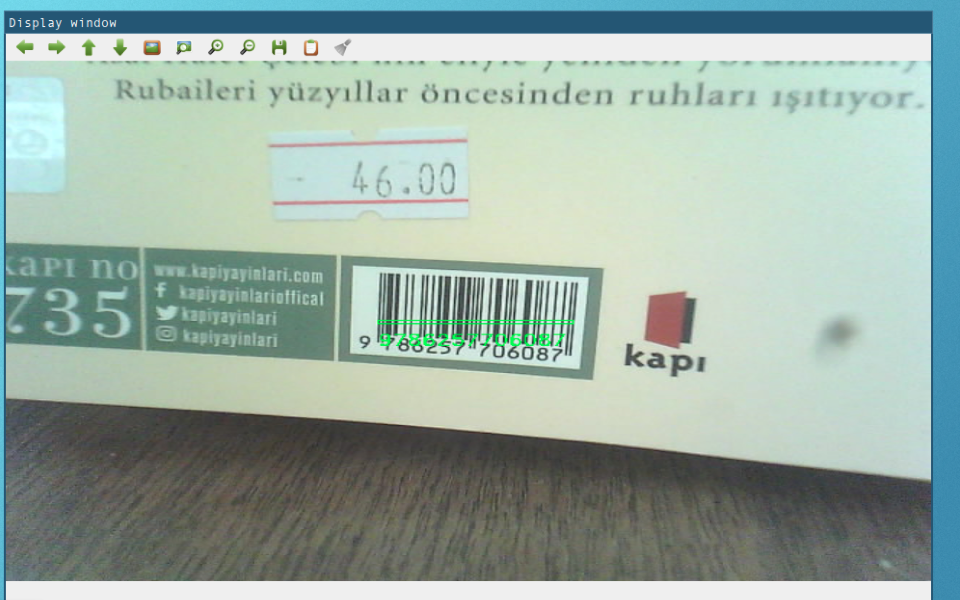 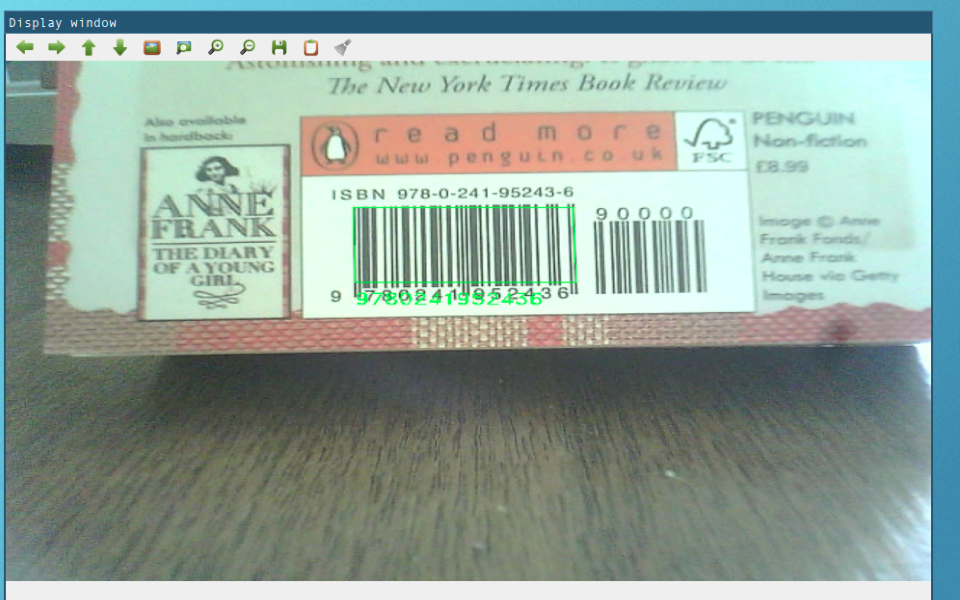 Therefore, there will be nothing left, the containers will be stopped and deleted.

And finally this my RPI3 with a USB Camera. 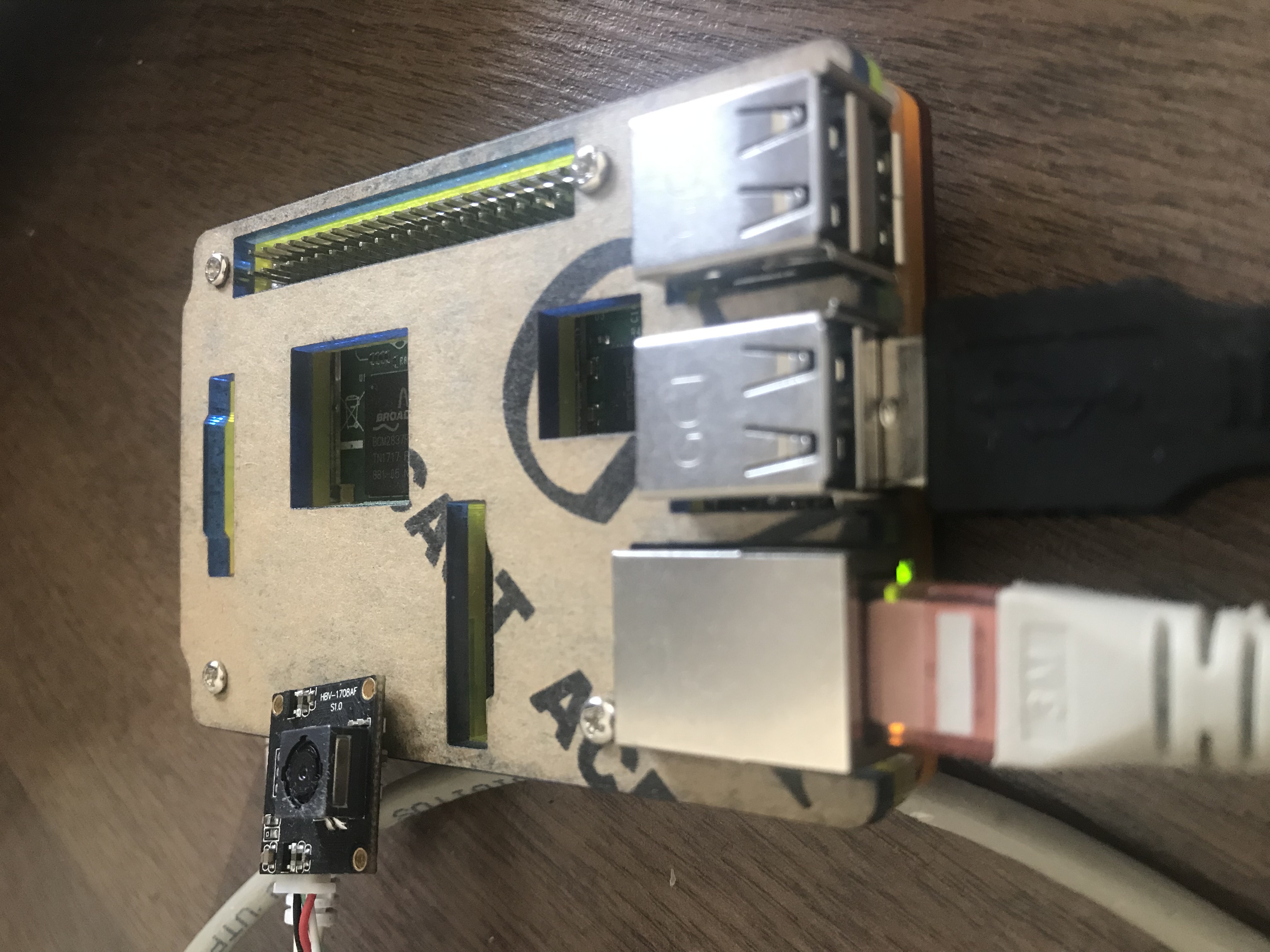 Until now, we developed the whole system from scratch. And it woks as you can see. Yo can work on this and modify some parts according to your requirements.

Hope you enjoyed with the tutorial, found useful. Thank you for reading.